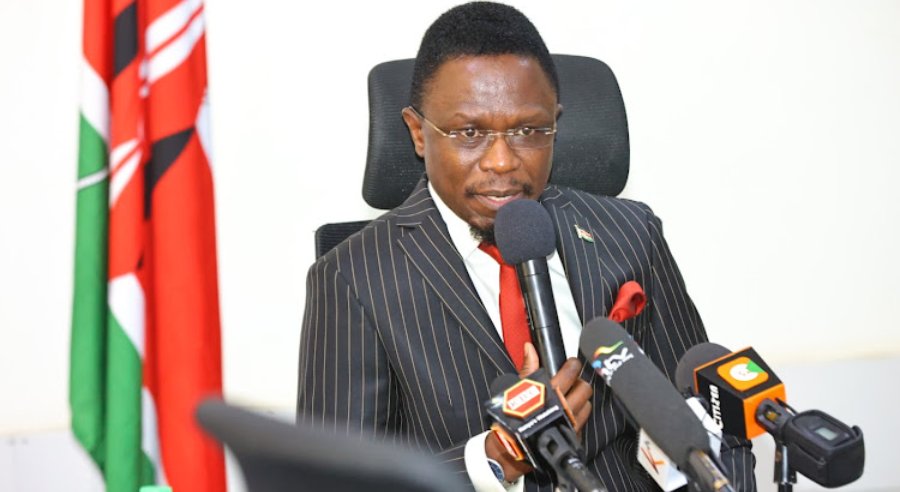 The New Sports Cabinet Secretary Ababu Namwamba has initiated steps to resolve the dispute between Kenya and Fifa after calling the president of the world football governing body Gianni Infantino.

The development comes amid heightened activities witnessed in the country's football arena in recent days with stakeholders highly anticipating the return of top-flight action.

“On my Day One in the office today, I engaged Fifa on the phone to commence the process of resolving the impasse that has seen Kenya banned by the world football governing body. Government is committed to returning Kenyan football to normalcy in sync with the rule of law and the public good,” Namwamba confirmed.

“I'll be meeting different stakeholders in the coming days as we seek a permanent solution to the existing crisis,” Namwamba added.

Before his official appointment last Thursday, Namwamba had pledged to call Infantino on his first day in office. Namwamba said resolving the standoff between the country and the world football governing body remains his priority as he embarks on his term in office.

“We want to immediately get down to dealing with the Fifa imbroglio around FKF. I've been sufficiently briefed by the outgoing CS, ” he said.

While being ushered into office by his predecessor Amina Mohamed at a handover ceremony held at the Kenya National Library Services in Nairobi on Friday, Ababu received reports touching on the FKF crisis.

In an exclusive interview on Monday, the chief executive officer of the ousted federation Barry Otieno confirmed they had indeed met Namwamba at his office to unlock the impasse.

“We are really happy that the government has taken the initiative to resolve the impasse between the country and the world football governing body, Fifa.

“Of course, we wouldn't want to put the cart before the horse by revealing our plans but if everything goes according to plan, we are planning to start the top-flight league between November 12 and 18,” Otieno said.

He said they would ensure a return to normalcy in the event that they are cleared to regain control of the country's football.

“It has been a great honour to serve on the FKF caretaker/Transition Committee for close to a year. We are done,” Oguttu said in a statement.

The Transition Committee was constituted on November 11 last year by the then Sports CS Amina Mohamed following the expulsion of the Nick Mwendwa-led federation by the government.

An announcement made by the Kenya Premier League caucus last week further fuelled speculations that the top-flight action is around the corner.

The caucus said it had officially opened the transfer window for the 2022/23 FKF Premier League off-season which is expected to run until November 28.

The caucus had previously decided to set the date of the new season for November 12 at a meeting attended by FKF chief executive officer Barry Otieno.

In a letter sent to the CEOs of the KPL clubs, the caucus chairman, Raymond Oruo also announced that the Fifa Integration System will be used during the exercise.