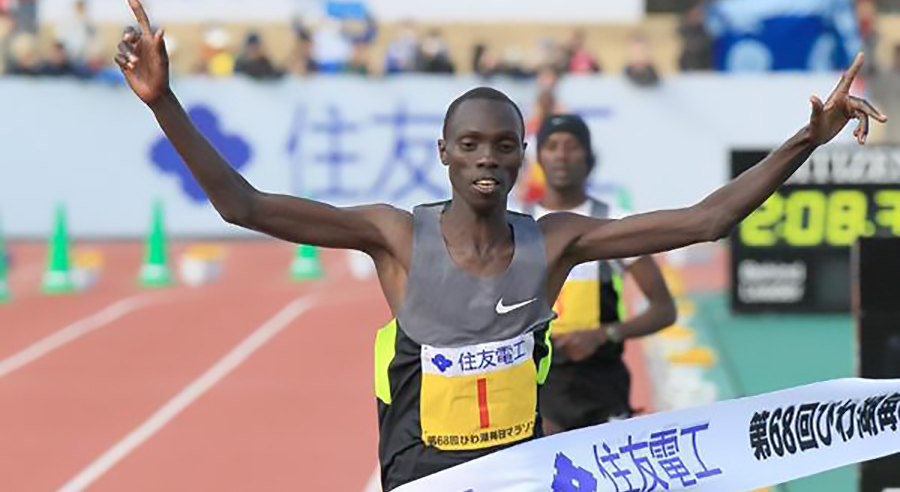 Fellow Kenyan Ezekiel Kiptoo has been improving steadily in recent years. He reduced his PB to 2:06:07 at last year’s Amsterdam Marathon.

World bronze medallist Solomon Mutai excels at championships, but the Ugandan is still awaiting a breakthrough in an international marathon and will be aiming to do better than his 11th-place finish from last year.

The race is also the final opportunity for Japanese marathon runners to impress the team selectors ahead of the IAAF World Championships London 2017.

Satoru Sasaki and Suehiro Ishikawa, who both represented Japan at the Rio 2016 Olympic Games, lead the domestic entries. Sasaki finished second at the 2014 Lake Biwa Marathon and went on to reduce his PB to 2:08:56 at the following year’s Fukuoka Marathon. 37-year-old Ishikawa will be making his fourth appearance at Lake Biwa, the setting of his 2:09:10 PB from four years ago.