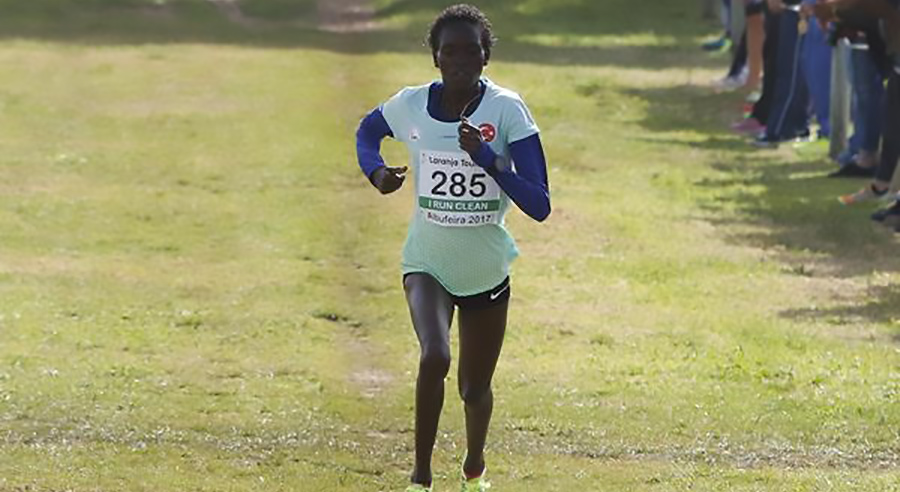 Kenyan Irene Cheptai won the women’s race contest for the third time to lead Üsküdar Belediye to the team crown at the at the European Cross Country Clubs Cup, which doubled as this year’s Almond Blossom Cross Country IAAF Cross Country Permit meeting in Albufeira, Portugal, on Sunday
Cheptai forced the pace from the gun with only Stephanie Twell of Great Britain, the European 5000m bronze medallist, hanging on until she was overtaken on the final lap by Spanish champion Trihas Gebre and Esma Aydemir of Turkey, who wound up finishing second and third behnd Cheptai.

“I’m very happy after winning this competition for the third consecutive year, said Cheptai, who won by 22 seconds.

“I will now go prepare for next month’s World Cross Country Championships. I need to be very prepared for the Kenyan trials, a very tough competition.”