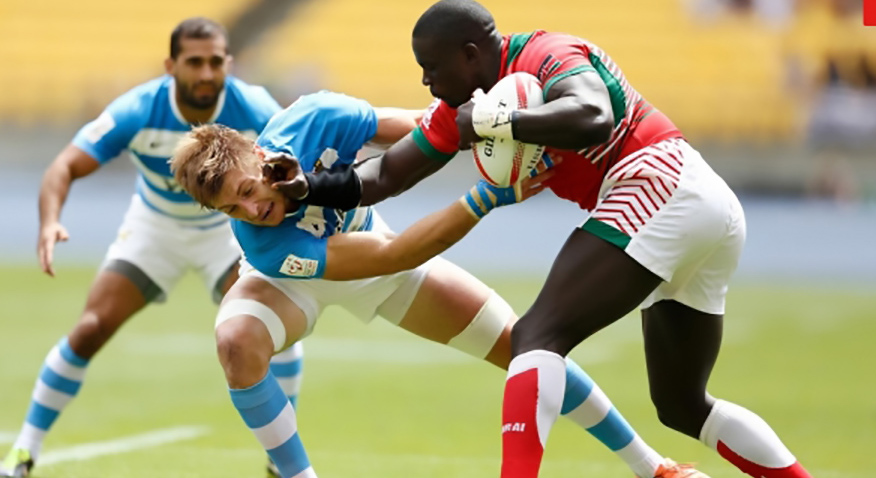 Kenya will play Russia at 1.00am on Sunday morning in the challenge trophy quarterfinal at the Wellington Sevens after finishing third in Pool A action on Saturday morning.They started with a 12-17 loss to Argentina, recovering to beat Papua New Guinea 47-5 before losing their final group game 12-31 to England.

Shujaa trailed 12-0 at the break through Matia Ocsaduk’s brace but drew level through tries from Billy Odhiambo and Willy Ambaka, Sam Oliech adding a conversation before Rizzoni Gonzalez killed off the tie, Argentina claiming the result.

Willy Ambaka’s early brace and a solitary Eden Agero conversion gave Kenya a 12-0 lead, William Triang reducing the deficit with an unconverted try for PNG. Agero would score and convert as Shujaa took a 19-5 lead into the break.Innocent Simiyu’s charges would land four tries through Billy Odhiambo, Bush Mwale, Oscar Ouma and Andrew Amonde with Agero and Sammy Oliech adding two conversions each.

Shujaa came into this fixture needing a win to reach the cup quarters but soon fell behind to Dan Norton’s converted try before further efforts from Dan Bibby and Tom Mitchell gave England a 17-0 lead at the breather.Willy Ambaka went over the whitewash, Oliech convert for a 17-7 score but converted tries from A.J Harris and Lindsay-Hague saw England lead 31-7. Collins Injera would add a late consolation for Kenya who claimed third placein the pool.