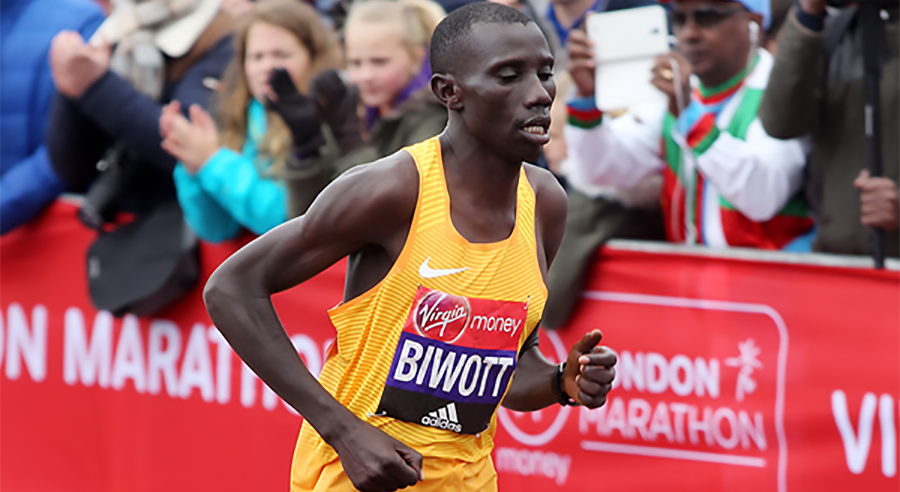 Already a triple Olympic champion and double world record-holder on the track, Bekele became the world’s second-fastest marathon runner of all time when he won the 2016 Berlin Marathon last September.

Bekele missed the world record by just six seconds when he crossed the finish line in the German capital in 2:03:03 after a thrilling battle with former world record-holder Wilson Kipsang. It was the fastest marathon time in the world in 2016 and broke Haile Gebrselassie’s Ethiopian record.

Now Bekele will seek to become only the third Ethiopian man ever to win the coveted London Marathon title and the first since two-time winner Tsegaye Kebede in 2013.

Bekele made his London Marathon debut last April when he finished third behind Kenya’s Eliud Kipchoge and Stanley Biwott despite not being fully fit. This year Bekele will have Kipchoge’s course record of 2:03:05 in his sights and perhaps even Dennis Kimetto’s world record of 2:02:57.

“London is the greatest marathon in the world and I would love to win there,” said Bekele. “The field is always the best and victory means so much. After finishing third last year, I know what I need to do to win.”

Biwott, who won the 2015 New York City Marathon, is likely to be Bekele’s main rival as he leads the Kenyan challenge in the absence of two-time champion Kipchoge. Biwott will hope to mark his 31st birthday, which falls just two days before the race, with his first London Marathon victory. He finished runner-up in 2014, fourth in 2015 and second again last year in a personal best of 2:03:51.

Such is the quality of the line-up, however, the leading pair are just two of seven men in the field who have run faster than 2:06. The line-up also includes two marathon world champions, three of the top five finishers from last summer’s Olympic Games, and the winners of the Tokyo, Berlin, Chicago and New York marathons in 2016.

One of the strongest opponents, though, could be a man who is contesting his first marathon. Bedan Karoki, the silver medallist at the 2016 IAAF World Half Marathon Championships and 2015 IAAF World Cross Country Championships, will be making his marathon debut. The versatile Japan-based Kenyan has finished in the top seven in the 10,000m at the past four global championships and has a half-marathon PB of 59:14.

Bekele’s compatriots will include Olympic silver medallist and Tokyo Marathon champion Feyisa Lilesa, Dubai and Hamburg Marathon champion Tesfaye Abera, and Tilahun Regassa, who is aiming to make the London podium after finishing fifth and sixth in the past two years.

Meanwhile, Biwott and Karoki will have top-class company in fellow Kenyans Abel Kirui and Daniel Wanjiru. The experienced Kirui, who won the world marathon title in 2011 and 2013, returns to London for the first time since 2012 when he was fifth just four months before taking Olympic silver in the same city. After a number of years without a major victory, he was a surprise winner of the Chicago Marathon last October and will be looking for another strong performance as he seeks selection for Kenya’s World Championships team.

Wanjiru will also be one to watch after he lowered his personal best by almost three minutes to win last October’s Amsterdam Marathon in 2:05:21.

Kirui won’t be the only world champion on show as Eritrea’s young star Ghirmay Ghebreslassie returns to London after finishing fourth last April in a PB 2:07:46. The 21-year-old famously became the youngest global marathon champion ever when he won the 2015 world title in Beijing at the age of 19. He enhanced his status as one of the world’s best when he claimed the New York Marathon crown last November after placing fourth at the Olympic Games in August.

Europe could also have a serious challenger in the shape of Abraham Tadesse who broke the Swiss record last March when he clocked 2:06:40 in Seoul, missing the European record by just four seconds. The Eritrean-born Tadesse went on to win half marathon gold at the European Championships last summer and placed seventh at the Olympic Games a month later.

Britain’s 2010 European 10,000m silver medallist Chris Thompson will be targeting a place on the World Championships team. Thompson was 11th on his debut in London three years ago and finished 16th last year.