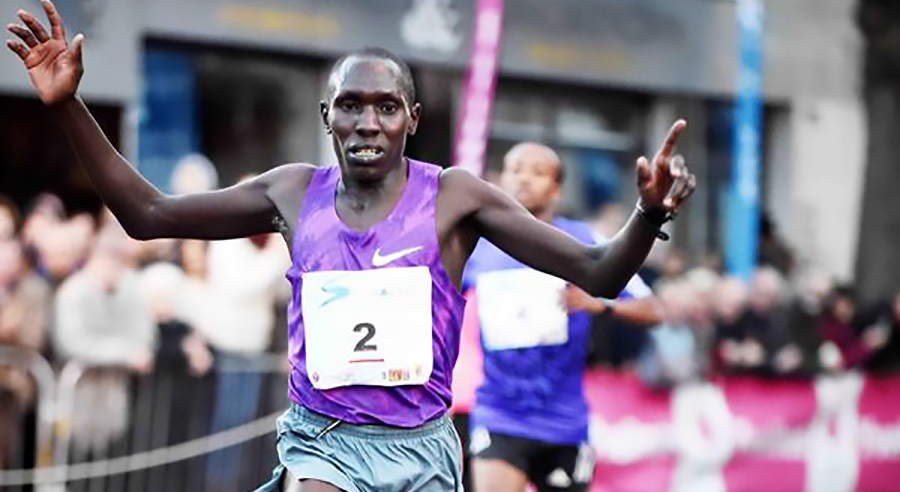 Following successes in 2013 and 2015, Cornelius Kangogo of Kenya will be looking to win for a third time at the Corrida Pedestre Internationale de Houilles, an IAAF Bronze Label Road Race, whose 45th edition will take place in the north western suburbs of Paris on Sunday (18).

Last year Kangogo sprinted away from Ethiopia’s Haymanot Alewe to regain his crown over the 10km course clocking a 28:10 personal best. Even if Alewe won’t be in the running in Sunday’s race, Kangogo will nevertheless face tough opposition, starting with Dawit Fikadu.

The Ethiopian, 21, prevailed in 10km contests in Rio and Casablanca earlier this year, improving his PB by eight seconds in the latter in May with his 27:56 run.

Fikadu has already shined on French roads as he won the Paris Versailles 16 km last year. He appears to be the main protagonist to counter Kangogo’s bid but it’s hard to gauge his form. Kangogo hasn’t raced since early September but he did improve his lifetime best in the 5000m on the track to 13:10:80 earlier this year.

Ethiopia’s Yimer Mekonnen, who was runner-up at the Istanbul 15km in November, cannot be ruled out in the battle for the podium.

Other podium contenders include Kenya’s James Kangogo, who won the Cross de Hyères last month and Abdallah Mande of Uganda. Mande finished third in Houilles last year with a 28:20 career best, and showed good form in early October with his victory at the Giro Al Sas in Trento in 28:47.