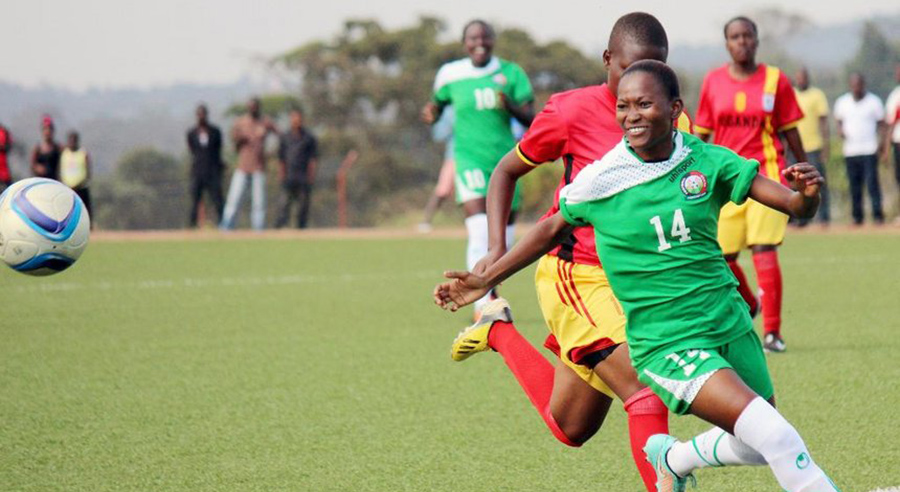 The national women's football team fell 3-1 to the Black Queens of Ghana in their opening match of the Africa Women's Cup of Nations at the Stade de Limbe in Cameroon on Sunday.

Esse Akida gave Kenya the lead with a stunning volley in the 23rd minute before second half goals from Suleman Samira, Elizabeth Addo, Boakye Portia ensured the Black Queens grab the three points to run out victors in the match.

Starlets, making their first ever appearance at the Women's Cup of Nations, found themselves on the back-foot early on as Ghana launched a tirade of attacks in the early spell of the match before Akida struck to give the Kenyans a shock lead. Akida's goal was Kenya's first ever goal at the Cup of Nations.

Starlets coach David Ouma started with the same line up that did duty and won 1-0 against Egypt in a friendly match on October 28, starting with Mary KInuthia, Akida and Christine Nafula upfront, while relying on the defensive quartet of Ann Aluoch, Dorcas Shikobe, Elizabeth Ambogo and Wendy Achieng at the back.

Akida and Ambogo were outstanding throughout the match, but it is Ghana's Addo who tormented the Starlets for 90 minutes.

Akida's goal acted as a stern wake up call for the Black Queens who have vast experience on the continental front but the Starlets held on to head to the break leading 1-0.