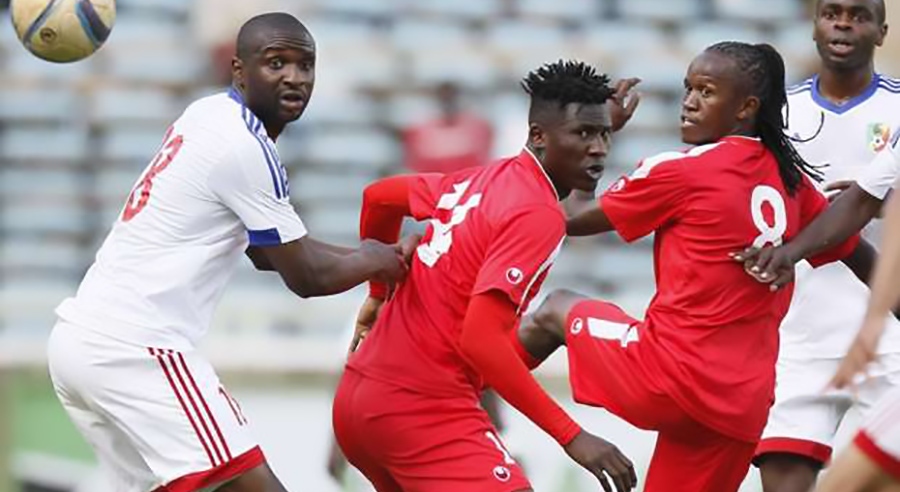 An early first half strike by Erick Johanna was enough for Stanely Okumbi’s men to see of Mozambique in an international friendly match played today at the Kasarani Stadium, Nairobi

Harambee stars started the match with a swift counter attack in the 10th minute that saw the Mozambique goalkeeper spill a shot by Michael Olunga who rebounded it to Captain Victor Wanyama who shot it over the bar missing the post narrowly.

Harambee Stars finally got their goal five minutes later; Antony Akumu released Erick ‘Marcello’ Ouma on the left and the Gor Mahia leftback put in a low cross that was met by Erik Johanna who cooly slotted the ball home to give Kenya the lead. Micheal Olunga could have made it two nil five minutes later but his free header was inches over the bar.

Mozambique pressed hard for an equalizer and were forcing the stars defense to concede fouls and corners but the Stars put up a good defensive fight that made the match end at 1-0.