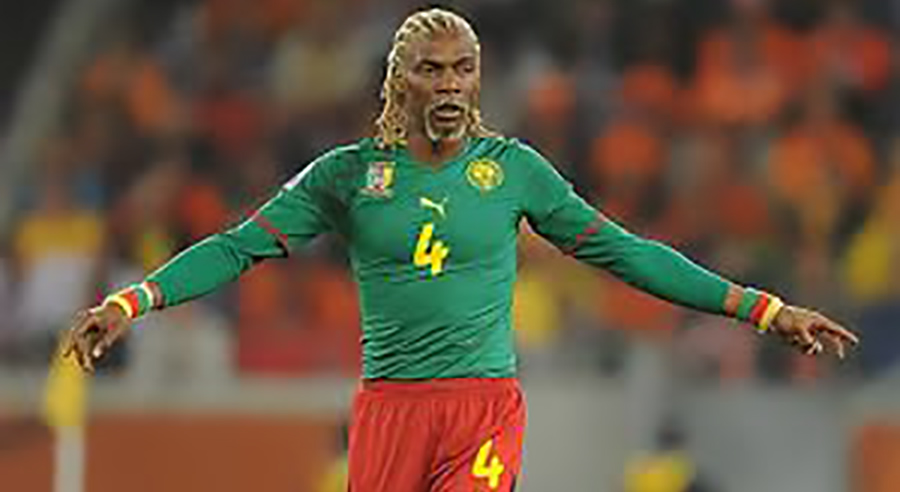 Former West Ham and Liverpool footballer Rigobert Song is critically ill in hospital after suffering a severe stroke. The 40-year-old was raced to hospital in Yaounde, Cameroon, yesterday with a brain aneurysm.

The married father of four was at his home in the Odza district of the Cameroonian city when he suffered the stroke.

The Premier League star, whose nephew is ex-Arsenal midfielder Alex Song, is a super star in his home country of Cameroon, having captained the national team. He currently serves as head coach of Chad’s national team. The Cameroon ex international player was rushed to hospital in a critical condition Song was bought by Liverpool in 1999 for £2.7million but made just 35 appearances for them before moving to West Ham the following year. He also played for Turkish team Galatasaray for four years before retiring from the game six years ago. The player’s former team mates flocked to social media offer their support for the star.

The player is a celebrity in his home country of Cameroon as he captained the national team Jamie Carragher also showed his support for the star, Tweeting: “Hope everything ends up ok for #rigobertsong”, despite Carragher’s 2008 autobiography revealing the two did not always see eye to eye and he had once hard tackled Song during a practice because he had teased him. The news comes after ex-Bolton Wanderers striker Ivan Klasnic was last week left fighting for his life after his kidney transplant failed.