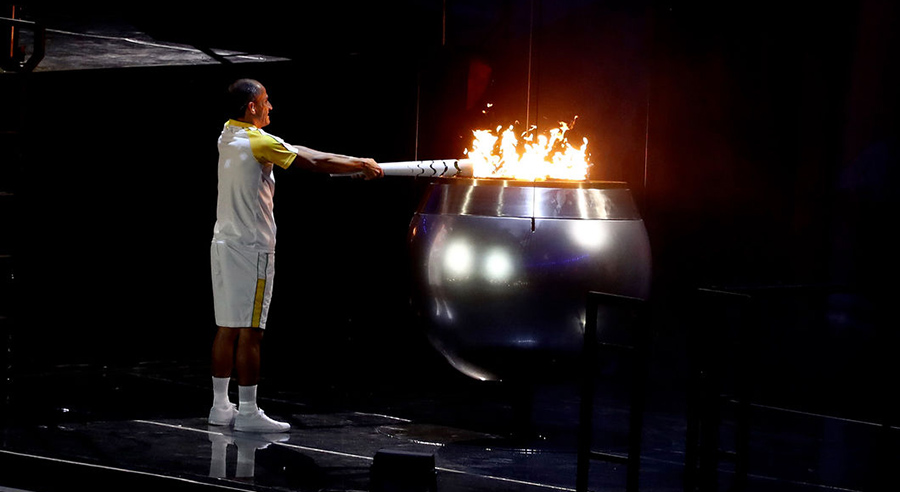 After bringing the Olympic spirit to all corners of Brazil in a three-month marathon, the Olympic Torch Relay finally arrived at the Maracanã to fire up Rio 2016, bringing to life the Olympic cauldron.

In a spectacular finale to the Opening Ceremony on 5 August, long distance runner Vanderlei Cordeiro de Lima was the last torchbearer, who ignited the Olympic cauldron, a stunning mirrored pyre.

The Olympian had suffered heartbreak in Athens in 2004 when he was disrupted by an intruder while in the lead in the marathon but still managed to win bronze. He has since become synonymous with sportsmanship and perseverance.

It topped off an epic journey that began in May in the capital city of Brasília.

From there, it travelled through the colourful north-east, the enchanting Amazon, the gaucho lands of the south and the metropolises of São Paulo on its road to Rio.
The flame has surfed, sailed and soared in the hands of athletes and teachers, young and old.

Among the most memorable moments was the passage of the flame through the town of Caruaru in the north-eastern state of Pernambuco to the music of one of the most important Brazilian musicians, Luiz Gonzaga.Torchbearers and volunteers sent the relay viral with their spirited and rousing display as the town enjoyed the traditional São João festivities.

The relay also recognised Brazil’s origins, visiting the spot in the state of Bahia where explorer Pedro Alvares Cabral discovered the country in 1500.