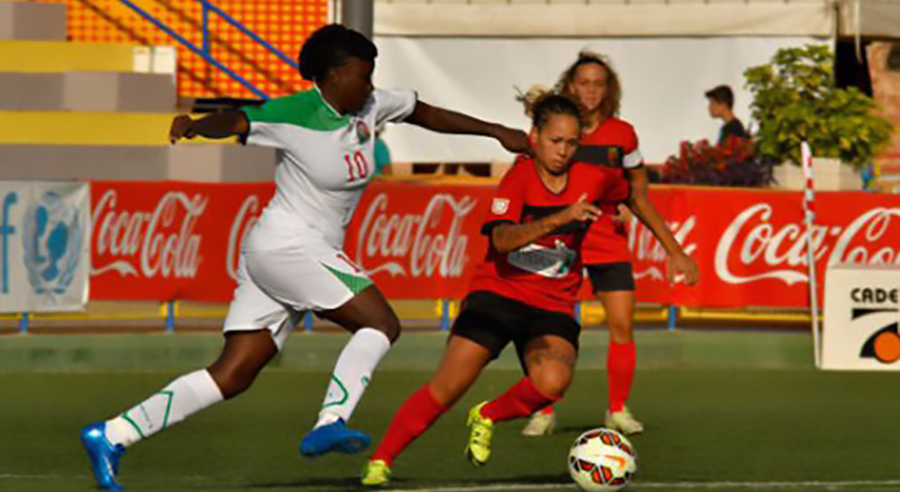 National women soccer team Harambee Starlets started their preparations for the 2016 Africa Women Nations Cup Championships with a positive note as they hammered the Portuguese reigning champions CF Benfica 3-0, in a group A match in the ongoing fifth edition of COTIF Women Football Tournament on Sunday night in Valencia,Spain.

Spedag FC in form striker Esse Akida grabbed a hat trick in the 28th,49th and 70th minute to steer Starlets to their first win of the tournament.

It took the starlets just 30 minutes to open the account with Akida bouncing on the ball and sending it past Benfica goalkeeper.

She added her second at the beginning of the second half before completing her hat-trick 10 minutes from time.

Akida has been literally scoring in every league match for her side and she is currently the top score of WPL with 13 goals from six matches and the three goals in Spain added to Akida’s national team goal tally to six from four matches. Ms Esse attributed her great form on putting her mind fully on football after she culminated her studies in Kenya Methodist University (KeMU) last year.The win is yet another plus for the starlets who have continued to shine as the tournament approaches.