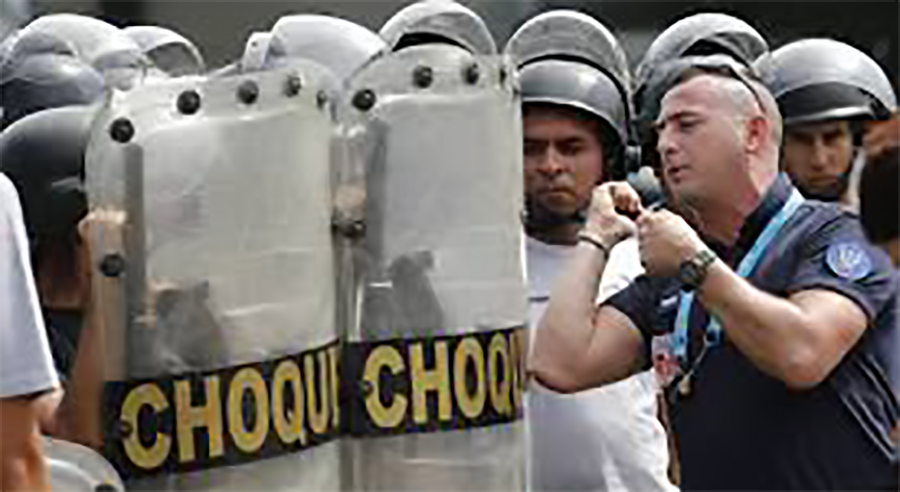 Police and soldiers have carried out the biggest simulated counter-terrorism exercises to date ahead of the Olympic Games in Rio. The drills come as security is heightened after the truck attack in France.
Brazilian security forces conducted the training session on Saturday at a Rio de Janeiro train station, with the drill including a mock bomb attack on the train system and a shooting.
During the simulated counter-terrorism operation, two "terrorists" in a parked train set off an explosion and fired blank rounds. Soldiers soon arrived to contain the "attack," followed by members of special forces arriving in two helicopters who "neutralized" the perpetrators.
The drill, supervised by a central command, took place in the Deodoro train station in the north of the city, with Deodor being one of four main venues of the Summer Olympics, set to begin on August 5.
"The exercise was very useful, because it allowed us to work within real parameters for the operation and utilization of the troops," said General Mauro Sinott, who heads the military's counterterrorism unit.
Despite reports of threats to security and worries in some quarters that Brazilian security forces might not be up to the job, US Olympic authorities recently said they were satisfied that the Games would be kept safe.
"I felt like the safest place in the world is going to be the village and the competition venues, so I think our athletes wil be among the safest people in Rio because of all the security around them," said United States Olympic Committee chief executive officer Scott Blackmun.
Brazil plans to mobilize some 85,000 members of the security forces as of July 24 to protect the 10,500 athletes, officials and journalists attending the Games, as well as the 500,000 visitors coming from across the world to experience the event. The central command in charge of security will include experts from 106 countries.