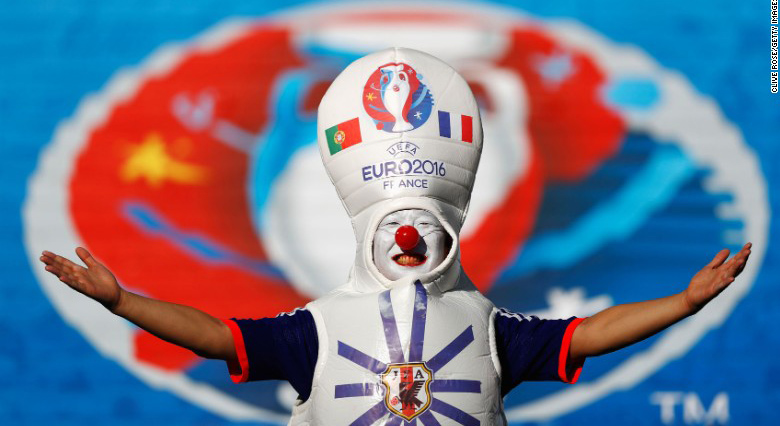 Portugal gatecrashed France's Euro 2016 party to win the European Championship for the first time in its history and all this without leading star Cristiano Ronaldo.

The Real Madrid forward was forced out of the game with a knee injury in the first half, but Portugal regrouped and thanks to some heroic goalkeeping from Rui Patricio took the game into extra time before Eder struck with 11 minutes to go.
Portugal's 1-0 win was all the more remarkable given in their previous 10 meetings -- France had won all of them.
"Simple as doves and as wise as serpents," is how Portugal coach Fernando Santos characterized his team's success at Euro 2016.

France hit the post late on in normal time, but so too did Portugal just before Eder's goal when Raphael Guerreiro's exquisite free kick came back off the crossbar.
The win was testament to a remarkable group ethic after Ronaldo was taken off on a stretcher following a robust tackle by Dimitri Payet on eight minutes.

Twice Ronaldo tried to hobble back on the pitch before he collapsed, distraught and in tears as he conceded his tournament had come to a premature end.

The huge ovation he was given by the Stade de France crowd French and Portuguese fans alike must have been scant consolation given the pivotal role he has played in this side for over a decade since making his international debut as an 18-year-old.